I don’t like leaving things unresolved. This includes series. I hate not finishing a series. Unless I don’t really give a crap about any part of the story, then to some degree, I want to know how the conflict in the story was resolved.

However, there are some series I won’t be finishing. The reason might be that I don’t care for the story, or that it’s not at the top of my TBR and will probably never get to it. I’m still open to finishing some of these series, but I’ll most likely not get to them.

This isn’t an exhaustive list of the series I’m not going to finish, but the main ones.

The first book was good, but not good enough that I wanted to read the rest of the series. Plus, I heard and read a lot of mixed reviews for the last book, and would rather keep this positive image of this series.

(This is only the first three books in the series)

(These are only the first three books (a.k.a. America’s story) in the series)

I did read the original trilogy and loved it. However, I haven’t read past the third book after Prince Maxon chose the One. I loved the conclusion and how it tucked in any loose ends. The new main character, I’ve heard, is super annoying. I didn’t want to ruin the nice image I had of the series, so I decided not the continue and read The Heir.

Yeah. I rant about this book a lot. In short, the idea is great, but the writing sucked. It’s childish. I’ve read The Maze Runner for the movie. In the end, I didn’t enjoy the book and never watched the movie.

I don’t know what it is about the first book that makes me hate it so much. There’s this certain something that I don’t like, but I can’t put my finger on it. I just don’t like it, which is the reason why I’m not going to finish this series.

(The third book, The Midnight Star, is coming out October 2016)

I liked Marie Lu’s Legend trilogy, and was super excited for her newest series. However, the main character came out whiny and ruined everything. She made all her decisions with her heart (which I’m not saying you shouldn’t make some decisions based on what your heart says) and it caused a lot of trouble. It was as though she didn’t have a brain, or never uses it to THINK ABOUT WHAT THE HECK SHE’S ABOUT TO DO AND WHO IT’S GOING TO EFFECT! ADELINA, GET YOUR CRAP TOGETHER!!

I read the first book (it was okay) but it didn’t grab my interest enough for me to read the rest of the series. Frankly, I don’t care what happens next in the series.

If I Stay series

I just didn’t like the first book that much to be bothered to continue the series. The characters were meh. The story was a little bit slow and at times confusing.

I have no idea how many books this series is going to be. So far, there are four books (the fourth one is going to come out August this year), and it could’ve ended at the third book. After the second book, I felt as though the story was dragging on.

Under the Never Sky series 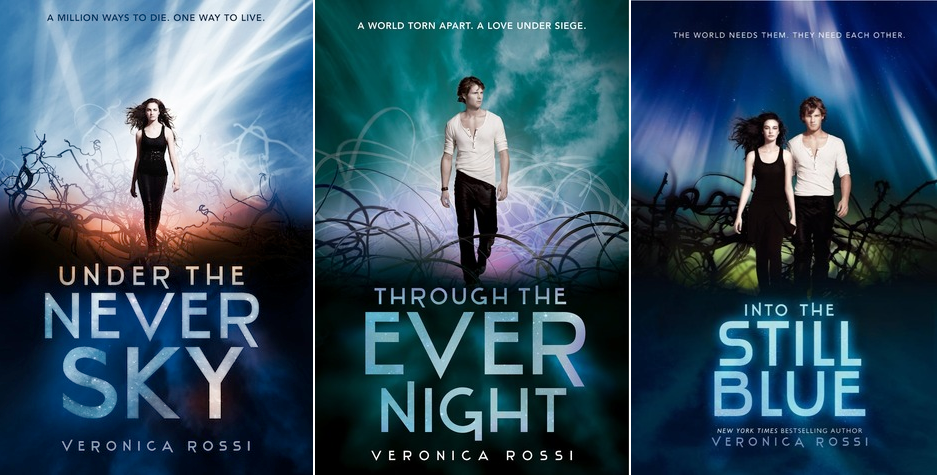 This is your typical fantasy series where a girl and a boy from different “worlds” (one that was sheltered away as an experiment or something with advanced technology and one that was living out in the wilderness) meet when one of them gets exiled out of their home and is forced to go into the other “world”. Sound familiar? Yeah. It’s the basic premise of a lot of YA fantasy books. I don’t want to read another book in the near future with this premise. Because I’ve read so many books like this one, I’m getting sick of it. Nothing’s wrong with the story, it’s just me and my preference of books right now.

I read the first book a while back and it was okay. I started the second book a couple months after I finished the first one and couldn’t get into it. Which is why I decided not to continue the series. Even though I’m not going to finish this series, I’m going to give Leigh Bardugo’s new series Six of Crows a shot because I heard much better things about it.

3 thoughts on “Series I’m Not Going to Finish”