Halloween is right around the corner (now that I think about it, it’s tomorrow) and I thought that this tag would be great to get into the spooky spirit. Some may argue that I’m too old to trick or treat, but I’m in denial. Everyone is young enough to go trick or treating if they want to.

Anyway, I was tagged by the lovely Heather over at The Sassy Book Geek. Thanks so much for tagging me! Don’t forget to check out her blog!

The rules are simple. All you’re supposed to do is pick your favorite book with a certain creature of the night listed. I’m going to try and not put a Harry Potter book for every category. 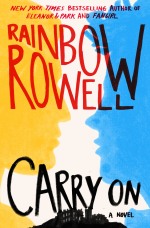 Carry On by Rainbow Rowell

I love the characters in this book. Especially Simon and Baz. They’re so freaking cute, and that is that. I’m not 100% that this certain character is a vampire, but it’s highly suspected that he/she is. I don’t read a lot of paranormal books, but when I do, they don’t normally have vampires in them. I read more books with fairies/fae in them. 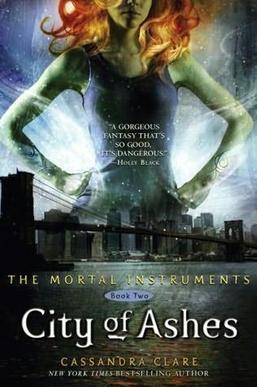 City of Ashes by Cassandra Clare

I love Maia. She’s so strong and kind to everyone, despite her situation. She was one of the first werewolves I actually liked in this series. I was indifferent about the others, but I liked Maia. I’ve had a character friend crush on her ever since she was introduced in this series. She seems like she’s down-to-earth and easy to hang out with.

I thought I read more than one book with zombies in it, but apparently I’m mistaken. I wouldn’t really consider this book one of my favorites, but I did enjoy reading it.

Harry Potter and the Sorcerer’s Stone by J.K. Rowling

I haven’t read many books with ghosts in them that I enjoyed, but I couldn’t think of one except for Harry Potter. Nearly Headless Nick is one of my favorite characters in the series, and you have to admit he’s a pretty cool dude.

The Bane Chronicles by Cassandra Clare

Magnus Bane is my favorite character in this series. He was one of the first characters I’ve read about that was LGBTQ. He’s so CUTE. Him and his partner (no spoilers) are so CUTE. Everything about him makes me want to smile. I liked Magnus more in The Mortal Instruments series rather than the Bane Chronicles, but I still enjoyed the book nonetheless.

A Court of Mist and Fury by Sarah J. Maas

This is probably not a surprise to anyone. I love this series. I love the characters. I love the world. I love the story. I love the author. All of Sarah J. Maas’s books get better as they go. I loved the first book, A Court of Thorns and Roses, a lot and thought that it couldn’t get any better. I was wrong. A Court of Mist and Fury is so much better, if that’s even possible.

I have to say, Jennifer L. Armentrout is a queen at creating OTPs. Layla and Roth? *swoons* My heart can’t take it sometimes.

Layla is half demon, half gargoyle (half good and bad) while Roth is a full demon. Layla tries to stick to her good side (because she lives with gargoyles, for Pete’s sake), but Roth roles around and… you can read the book to figure out the rest. 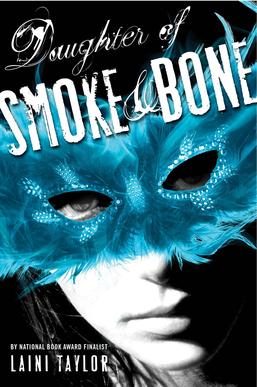 This book was super weird, but in a good way. You don’t find many YA books where the story and the characters seem original. It was refreshing to read about characters and not know what to expect.

I’m 50/50 about the angels in this book. Some are okay while others are crazy. Like, want-to-destroy-the-world crazy.

This is one my favorite YA series. It’s really good. I know the covers look super cheesy (and the blurb is even cheesier), but it’s so much more than that. Trust me. It’s good. Ah. Brandon Sanderson. The one author that is probably able to give me a figurative heart attack with only his writing. His writing is intense. It’s sit-at-the-edge-of-your-chair-the-whole-freaking-time intense. Plus, the concept of having certain abilities by consuming (human-safe) metals is really intriguing. Not everyone has the ability to “burn” metals and use their powers. Most of those who can can only burn one metal, but there are a select few that can use all of them .

Everyone and anyone who wants to do this tag! Happy Halloween everyone!

8 thoughts on “Creatures of the Night Book Tag”