I have a confession to make: I’ve never watched Hocus Pocus. Okay, so hear me out. Although I grew up in America, I did not grow up in the American culture. So, I’ve never watched timeless movies like Princess Bride and Hocus Pocus. (Okay, I have watched Princess Bride, but only recently). I grew up without a TV, and my family never went to the movie theatres because there weren’t any nearby, which is why I had to turn to books for entertainment.

I was tagged by the lovely Laura over at The Book Corps. Make sure to check out her blog and send her some love!

There are no rules. It’s YOUR blog. But if would be nice if you linked back to Never Not Reading, and maybe the person who tagged you too. Share the love folks.

Feel free to use the GIFs used by Never Not Reading, the graphics made by Flavia the Bibliophile if you would like, both, or make and use your own visuals!

There are many great trilogies out there, but one of my favorites would have to be the Legend trilogy by Marie Lu. I read a couple years ago and absolutely fell in love with the characters and the world. I reread Legend recently and it still held the magic as the first time I read it. Anyone who’s looking for a dystopian story after reading The Hunger Games or Divergent would love this.

Harry Potter and the Order of the Phoenix by J.K. Rowling

Whenever I think of a truly evil female, I always picture Dolores Umbridge. I mean, how could I not? I hated her more than I hated Voldemort. I also think Belatrix was a truly evil villain but I actually liked her as a character because she was crazy in a Moriarty (from Sherlock) kind of way. Umbridge, however, is on a whole new level of crazy. She’s the kind of person that’s not just crazy, but fudging insane.

any of Rick Riordan’s books

Although I’m picturing The Lightning Thief (arguably his most famous novel, in my opinion), I think all of Rick Riordan’s works attracts children, and for good reason. He’s made a good reputation of writing great middle grade stories that anyone of all ages can enjoy. Heck, he even made reading enjoyable for third-grader me when I used to hate reading. Funny story, I was introduced into the Percy Jackson world because I had won a reading competition and a friend had bought me the first three books as a congratulations.

Adulthood is a Myth by Sarah Anderson

I love Sarah Anderson’s comics. I follow her on Instagram and on Tapastic. Her comics are so funny because they’re so relatable. Adulthood is a Myth is one of the compilations of some of her comics. She has a second one called Big Mushy Happy Lump. If you want to read something lighthearted that will cheer you up, Sarah Anderson’s comics won’t fail. 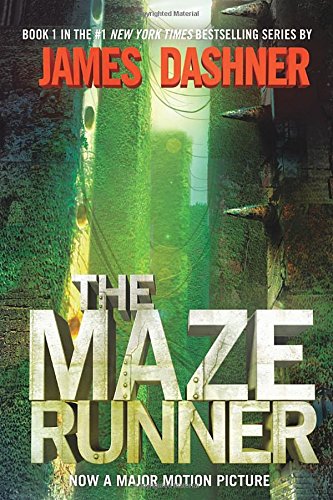 The Maze Runner by James Dashner

I know this goes against popular opinion, but The Maze Runner was not the best story. Maybe it’s because I had read some amazing YA dystopian books around the time I read The Maze Runner that it couldn’t compare. Maybe not. I didn’t like James Dashner’s writing style. It seemed almost childish. I’m not sure if he meant this to be a middle grade novel, but I highly doubt it. I’m not saying the story is absolutely horrid, I’m just saying that the book tried to reach the levels of stories like The Hunger Games and Divergent but failed. I got an ARC of this story a while back and started reading, wanting to learn more about WWII. This is a true story of a survivor of the Auschwitz camp. The authors were not afraid to show exactly what happened in prison camps during the Second World War. I haven’t finished the ARC yet (it’s still on my bookshelf) because I had to take a break from the harsh reality of the war. I hope to pick it up again some day but I’m not sure I will be able to soon.

Although I believe all of the series have come to an end, here are some really long series:

House of Night by P.C. Cast (not including the novellas, there are 12 books in the series)

The Vampire Diaries by L.J. Smith (in the original series, there are four books plus some extras but there’s also four spin off series)

The Crucible by Arthur Miller

Abigail Williams, the main antagonist that starts the whole Salem Witch Trials, is probably the most delusional character I’ve met in literature so far, and that’s saying something. She believes that John Proctor, a man who she used to work for as a servant, had feelings for her, despite him rejecting her so many times. She believed in their nonexistent love so much that she tried to get rid of John Proctor’s wife, accusing her of being a witch. Then other single girls started accusing people of witchcraft and it spiraled out of control.

I don’t think this one needs an explanation. I will always want more Harry Potter.

The people who have read this book have either loved it or hated it. There really is no in between. It just depends on what you prefer when it comes to YA literature. Regardless, I’m saying Obsidian isn’t as bad as people make it seem because I know far to many people that refused to read this book due to its cover. To be fair, the cover is pretty cheesy, but that shouldn’t deter anyone from reading this amazing story.

Book of Breathings from the A Court of Thorns and Roses series by Sarah J. Maas

If there’s any book with a mind of its own, its the Book of Breathings from the ACOTAR series. I literally has a mind of its own. It’s basically a living thing. It’s filled with powerful, ancient magic and there are two halves that when put together is so powerful that the Faeries had to separate them to stop someone from causing the destruction of the Faerie race. 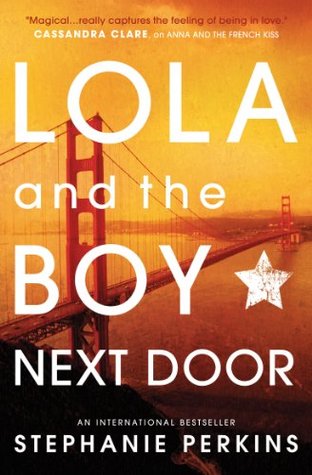 Lola and the Boy Next Door by Stephanie Perkins

Although this story focuses on Lola (obviously) and Cricket (what an interesting name), Anna and Etienne from the first book, Anna and the French Kiss, briefly made a cameo. I don’t remember too much about the story, but I think Anna and Lola were friends and they were hanging out at the movie theatre that Anna worked at. That’s all I remember about the cameo, and I’m not sure if Anna made any other appearances throughout the book.

(As always, if you have already done this tag or don’t want to, feel free to ignore this.)