I was nominated by the lovely Sydney @ Fire and Rain Books. Thank you so much for nominating me! Make sure to check out her blog, which is filled with fun tags and bookish posts. 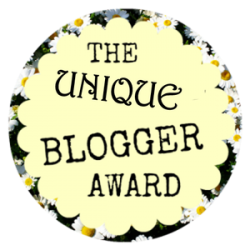 ***Just a disclaimer: I’m writing this in the wee hours in the morning and I’m super tired, so if you see any grammatical or spelling errors (or… more than usual), I apologize in advance.

1. If you were a color, what color would you be and why?

I’d probably be the color blue. I’ve been described as calm and collected, and blue is a calming color. I also love swimming (I used to swim competitively, although I quit a long time ago), and blue is associated with water. Also it’s my favorite color.

2. If you could choose a book/series to be turned into a TV show/movie, what would you choose and why?

Oh man, you don’t know how many times I wished a series would be turned into either a film or TV show. My only worry is the limitations of digital film, because a lot of the books I want to be turned into film are in the fantasy genre and it’s difficult to create a film without it looking cheesy will all the effects. If we lived in a world where there were no limitations, then here’s my list of some of the books/series I want adapted:

Like I said, I have a “few” that I want adapted. XD

3. If you listen to music while blogging/writing/working, what are the five best songs on your playlist?

Whenever I work or blog, I like to listen to music, but it has to be songs I know pretty well so I can tune them out. I use the music almost like white noise so it needs to be songs that I’m familiar with or else my mind will want to focus on the lyrics of the songs rather than the work I need to get done. That being said at the moment I really like listening to:

I have a very basic music taste. I also like to listen to Broadway music, but I like to sing along so I don’t tend to listen to them while I work.

Norrie @ Reading Under the Blankie

If you’ve already been nominated, feel free to ignore this!

1. If you can transform into anything at will (inanimate objects, animals, other people, etc.), what would you wish you could turn into?

2. What are some of your favorite posts to write? Least favorite?

3. If you could date or befriend a fictional character, who would it be?