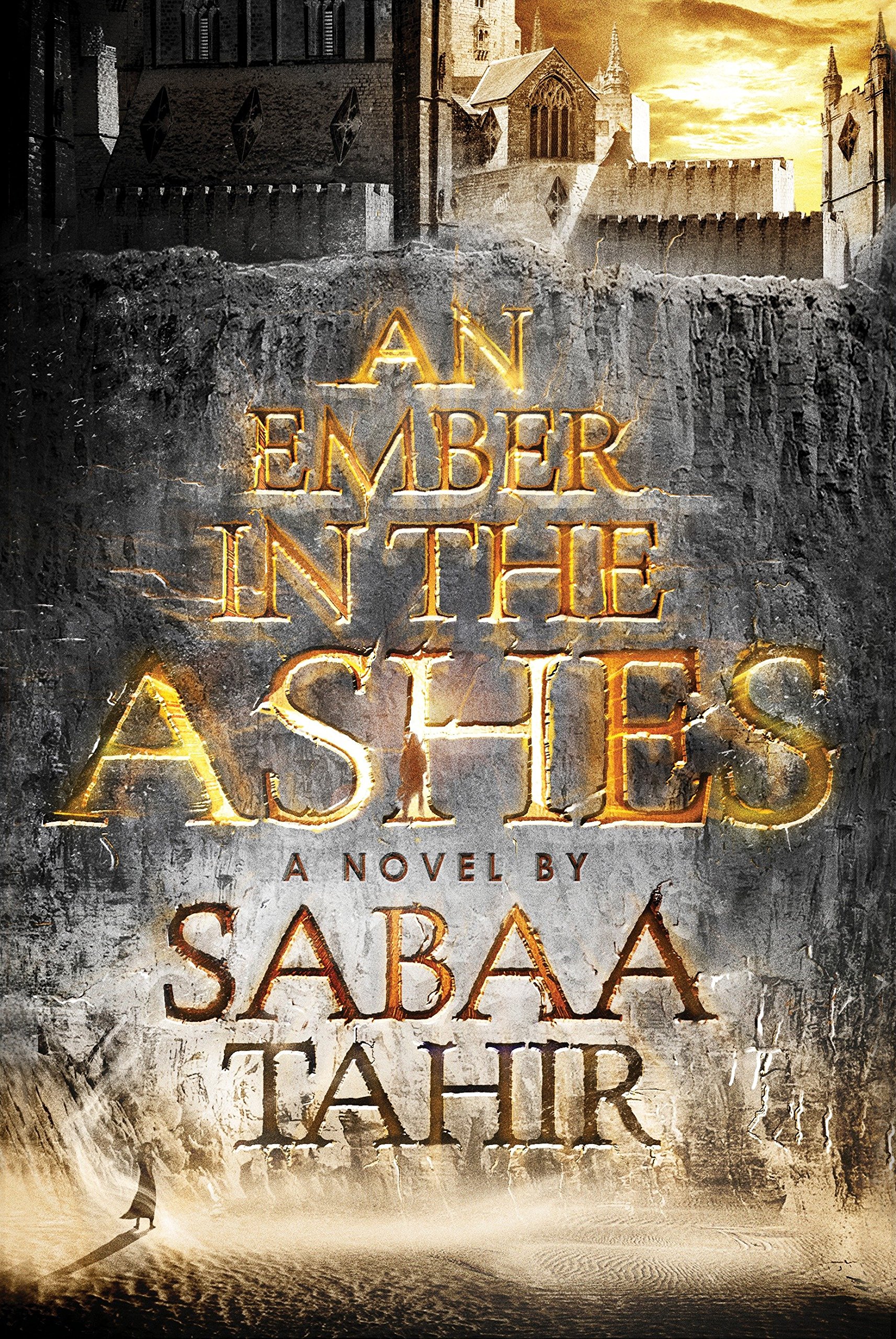 Laia is a slave.

Elias is a soldier.

Under the Martial Empire, defiance is met with death. Those who do not vow their blood and bodies to the Emperor risk the execution of their loved ones and the destruction of all they hold dear.

It is in this brutal world, inspired by ancient Rome, that Laia lives with her grandparents and older brother. The family ekes out an existence in the Empire’s impoverished backstreets. They do not challenge the Empire. They’ve seen what happens to those who do.

But when Laia’s brother is arrested for treason, Laia is forced to make a decision. In exchange for help from rebels who promise to rescue her brother, she will risk her life to spy for them from within the Empire’s greatest military academy.

There, Laia meets Elias, the school’s finest soldier—and secretly, its most unwilling. Elias wants only to be free of the tyranny he’s being trained to enforce. He and Laia will soon realize that their destinies are intertwined—and that their choices will change the fate of the Empire itself.

This is my second time reading this story. I reread it because I didn’t remember anything that happened and I wanted to continue the series.

Let’s talk about the bad before the good… shall we?

I only have one complaint about this book, and it isn’t even really a complaint. There is this sort of love triangle/square situation, and I’m not sure how I feel about it. I’m okay with parts of it (like the unrequited love part) because, as much as it sucks, it happens. I’m unsure about is the love triangle, though. I don’t hate it, but I don’t like it either. It just seems unlikely, is all. I’ve read online how some people thought this romance situation almost ruined the whole story, and I have to politely disagree. It’s weird, but it doesn’t break the story. A part of it is used as a plot point to help the author get the story where she wants it to be, but I wouldn’t say it’s so horrible to the point that I hate the story because of it.

With my only slight con out of the way, let’s talk about the good stuff!

I really like Sabaa Tahir’s writing style. There’s something about it that’s super lyrical. It’s full of imagery that appeals to all the senses, not just sight. You can’t help but immerse yourself into the story. When Laia talks about her grandparents, you get the warm fuzzy feeling inside, like it’s a hot summer day with a cool breeze. You’re in their kitchen, watching Laia and her grandmother make jam. The descriptions were so descriptive that I could almost smell and taste that jam. Tahir is that good.

I loved the irony of the whole story, with how the lying and deceit people would tell to save their lives caused them more trouble in the end. I can’t go more into detail because of the risk of spoiling important parts of the stories but just know that when you think it can’t get any more twisted, it will get more twisted.

I also love how unpredictable AEITA is. I’m not saying predictability is bad (sometimes I crave something simple), but it was refreshing to read something where I couldn’t easily guess what would happen next. After reading books where I can basically guess the whole plot by reading the blurbs on Goodreads, it was nice not knowing what to expect while getting a good idea what the story is generally about. There’s normally a trade-off. Generally, either the blurb is super vague (which is sometimes intriguing but also frustrating because I doesn’t give me a good idea of whether or not I’m going to like the story) but then I can’t guess what the ending it going to be. Or the blurb is super specific and they tell the summary of the story in the blurb and I can connect the dots and guess what happens with accuracy but at least I’ll know if I’ll like the story or not. You get the best of both worlds with AEITA because you get a descriptive blurb that doesn’t go too into detail and you also get an unpredictable story.

People chalk her up to be a meek girl, but honestly, she has guts. To go against her natural instincts and put herself out there for the sake of her family is super respectable in my book (awful pun intended).

Not sure I like this dude yet. He’s hard to read (pun intended). One moment he seems like an unintentional villain and the next he seems like a hero. He means well, but that doesn’t mean his actions are good.

All I can think of for Helene is that song by the Jonas Brothers that goes like “I’m a sucker for you!” I think it’s very relevant to her situation.

I’m kind of rooting for Keenan because I’m pretty sure the other dude in this love triangle situation is going to be the literal death of Laia but we’ll see. Girls in YA novels always tend to gear towards the “bad boy.”

I give this book 5 out of 5 unicorn horns! It was a bloody fantastic book, and I’m super glad I decided to reread it.