Wow, I feel like I haven’t done a book tag in a while! I’m not a huge fan of Taylor Swift (I’m pretty indifferent about her music), but I can’t deny that her latest album has been really popular! I saw so many of my friends lose their minds on social media when it was first released.

Even though I don’t know much about her newest album, I still wanted to do this tag! Thank you to lovely Marta @ The Book Mermaid for tagging me!

the 1 // a book with an ending that left you speechless

Brandon Sanderson, you son of a witch! I finished the Mistborn series last year, and I haven’t stopped thinking about it nine months later. His writing, world building, and plot is just chef’s kiss. Do yourself a favor and read this series. Yes, the books are rather long, but it is well worth your time.

I don’t think enough people have this book in their lives. Sticks & Scones is the second and last book in the Check, Please! graphic novel series, and it is just the cutest thing ever. The ending was super wholesome and sweet, but it made me a little sad because the series was coming to an end. I didn’t want to say goodbye to all the characters that I fell in love with. Just thinking about the book makes me feel a little bittersweet.

I didn’t know whether or not I was going to like this book when I picked it up, but I’m really glad I took a leap of faith. It’s a book with Mayan mythology incorporated into it, and it was such an interesting read! I never read a book like it, and it makes me want to read more books with lesser-known mythologies!

exile // a book you wish you hadn’t read

I don’t regret any of the books I read, even the bad ones. I guess sometimes I wish I started a series after all the books are released so I don’t have to wait (I’m impatient, okay?), but that’s about it.

my tears ricochet // a book that made you cry uncontrollably

I’m not one to cry when reading books, to be honest, but this book made me FEEL things. I’m not used to FEELING things in general. My general state is indifference, but this book forced my emotions from my heart to my tear ducts and make me cry like a baby. Kacen Callender created such a beautiful, heart-wrenching story about a teen just trying to find themselves in the sea of misunderstanding and frustration. Even if you don’t read a lot of contemporary novels (like myself), I highly recommend you pick this one up. 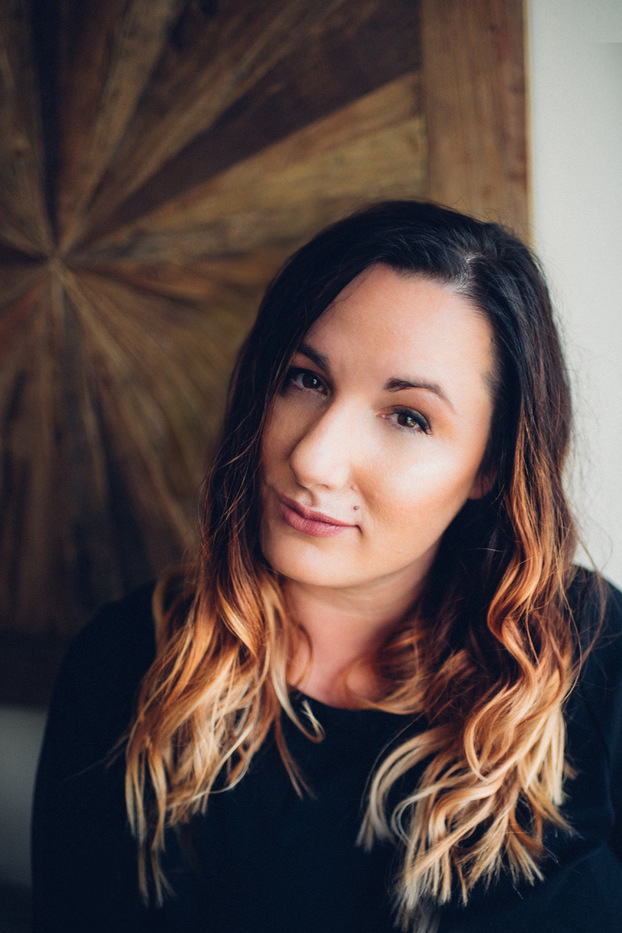 While I don’t have one specific book that speaks to me on a spiritual level, I do have an author who writes the exact kind of books that I devour. Yes, there are a lot of YA authors that write some pretty great books, but Jennifer L. Armentrout and I are on the same level. She writes a lot of fantasy/paranormal YA romance with badass female leads and book-boyfriend-material male protagonists, and that is the exact combination of things that I love to read. It’s a match made in reader heaven. Plus, she’s an author powerhouse, churning out a bunch of books a year. Just this year, I think she came out with three books with another one coming out in October. That’s four books in one year, guys! Usually, authors come out with one book every year, if that! The fact that she writes more than one per year is super impressive, and I never go too long without a book I know I’ll love.

seven // a childhood book that makes you feel nostalgic

I mean, I have to choose the Percy Jackson series by Rick Riordan. This series made up a huge chunk of my childhood. Sometimes, I’ll flip through these books and read a couple chapters just for fun. It brings back so many great memories and nostalgia whenever I think of this series. Even looking at fan art for Percy Jackson makes me feel nostalgic.

august // a book that reminds you of summer

The Lumberjanes series takes place at a summer camp, which is one of the most summer activities I can think of. It’s all about friendship, having fun, and learning new things about the world around you and yourself. It has major childhood summer vibes, and I love it.

this is me trying // a book that deals with loneliness & sadness

This book may appear to be a cute, fluffy contemporary romance novel, but it touches up on a lot of really important things like mental health, identity, and sexuality. One of the main characters has anxiety, and with the way his family treats him he often feels lonely and sad. This book is honestly worth a read if you haven’t picked it up already!

Illicit affairs // a book that gave you a book hangover

I’m not sure I get book hangovers often, so I don’t have an answer for this one.

I’m not sure if I have any books that felt like it came at the right time… so once again I don’t have an answer for this prompt.

mad woman // a book with a female character you adore

Trinity is amazing. She doesn’t let anything get in her way from being the badass that she is. She may be a little arrogant, but she cares deeply about her friends and family. The world dishes a lot of crap her way, but she takes it in stride despite feeling the heavy weight of her responsibilities.

epiphany// a book that was haunting

I know I shouldn’t use the same book for two prompts, but I seriously haven’t stopped thinking about this series ever since I finished it. Thoughts about the story would pop up in my mind at random times, and then I have to stop what I’m doing and just think about the characters, the plot, the world, etc. because it’s just so mind-boggling-ly good.

betty // a book couple that fills you with yearning

My most recent OTP obsession is Poppy and Hawke from the Blood and Ash series. In AKOFAF in particular, the banters between the two are so hilariously cute. Poppy is pure sass and Hawke is crazy (in love).

peace // a book character you’d die for because you love them so much!

(No, seriously. I have too many characters that I love that I can’t just choose one.)

I’m not going to lie; it’s taking me a long time to finish Skyward by Brandon Sanderson. Maybe it’s because I don’t want to read sci-fi right now. Maybe it’s because it’s not my cup of tea. I’m not sure yet, but ever since I’ve started it I haven’t wanted to pick it up again. It’s not a bad story, though. I guess I’m not in the mood.

12 thoughts on “The Folklore Book Tag”