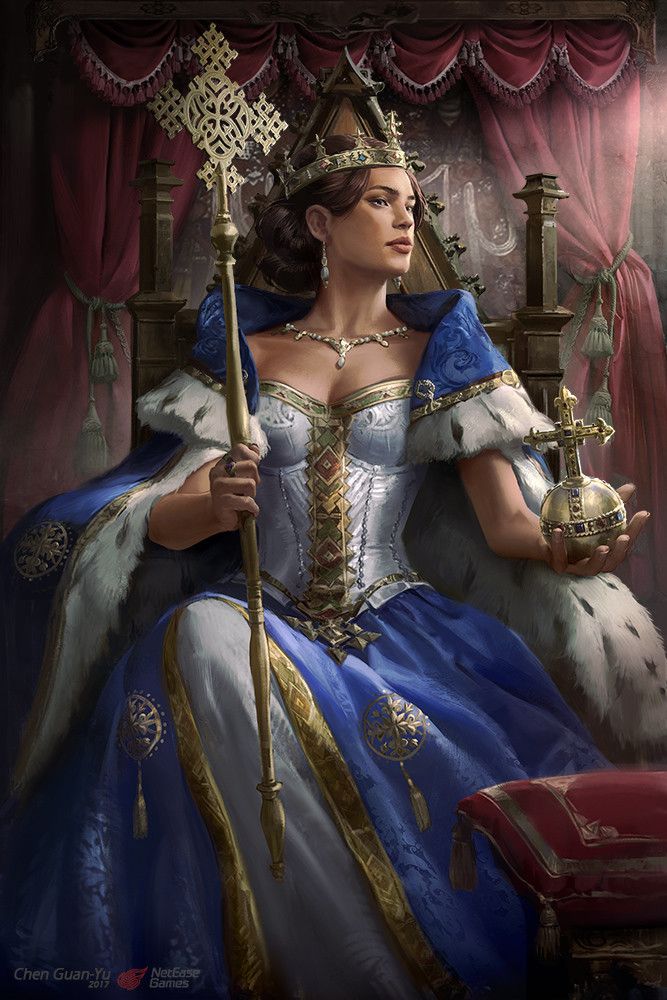 Heyo internet land! I’m coming at you with another fun book tag! While I don’t know a lot about European history, it was super cool to learn about a couple queens from the Medieval Period! I was tagged by the lovely folks over at A Couple of Bees Read, and this book tag was originally created by Jess @ Jessticulates. Please give both blogs some love!

Empress Matilda (1102-1167)
After her father, Henry I, died naming her his heir, Matilda’s cousin, Stephen, subsequently took the throne for himself. Matilda never stopped fighting for what was rightfully hers. Though she would never be named Queen of England in her own right, she was able to convince Stephen to name her son, the future Henry II, his successor over his own children.

Choose a book with a protagonist who stands their ground.

After a murder occurs in her community, Daunis is thrust into the investigation. While she goes undercover, she starts her own personal investigation. Whatever life throws at her, she doesn’t waver from what she truly believes. No matter how many people try and take her down, she stands her ground. Coming from multiple cultures, she doesn’t let people’s prejudices get in her way from finding answers.

Eleanor of Aquitaine (1122-1204)
Before she married Henry II and became Queen of England in 1152, Eleanor was Queen of France as the wife of Louis VII. She sought an annulment from her marriage to Louis and he eventually agreed because 15 years of marriage had produced no sons, only for Eleanor to go on to have eight children with Henry- five of whom were sons. Ouch!

Choose a book or series in which the heroine has more than one romantic relationship.

The first character that came to mind when I saw this prompt was Celaena Sardothian. She has a couple love interests throughout the series before finding her other half. Also, there are a lot of couples outside of the main relationship in this series.

Eleanor of Castile (1241-1290)
A keen patron of literature and a successful businesswoman in her own right, Eleanor was Edward I’s first wife. He was so heartbroken when she died that he erected the Eleanor Crosses, 12 stones crosses marking the places where her body rested over night on its journey from Lincolnshire, where she died, to her burial place in London. Three of the crosses still survive today.

The Hero of Ages by Brandon Sanderson

I don’t want to get too into why this book is bittersweet because of spoilers, but it was really sad to say goodbye to these characters that I’ve grown to love! Also, I think the last books of series in general tend to be a little bittersweet.

Isabella of France (1295-1358)
Often known as the ‘She-Wolf of France,’ Isabella was Edward II’s wife. Unfortunately for Edward, he wasn’t particularly good at being king, and Isabella soon grew tired of his (possibly homosexual) relationship with his favorite, Hugh Despenser. After she began an affair with English nobleman Roger Mortimer while on a diplomatic mission to France, the pair returned to England with an army, and she deposed Edward and acted as regent until their son, the future Edward III, came to age.

Choose a book where the romance overtook the plot.

This might be cheating (since this is a romance book), but RW&RB is all about the blooming attraction and romance between the First Son of the United States and the Prince of England. Do not be fooled by the cover, though. This is not a YA book. Things do not fade to black when they start to get steamy. Just letting you know.

Philippa of Hainault (1310/15-1369)
Queen of England as the wife of Edward III, Philippa was beloved by the English people for her compassion and kindness. The Queen’s College, Oxford, founded in 1341, is named in her honor so…

Choose a book set at a university.

Blackcliff isn’t a university in the traditional sense, but it’s a military academy where students learn and hone their skills (just not academic ones).

Joan of Navarre (1368-1437)
Joan was Henry IV’s second wife. Six years after his death, Joan was accused of attempted to poison her stepson, Henry V, through witchcraft and was imprisoned for four years until he ordered her released, just six weeks before he suddenly died.

Choose a book about witches.

Kingdom of the Wicked by Kerri Maniscalco

While I had some problems with this book, I loved how the author brought in a more modern type of witch that (I think) is based on Sicilian culture. It was a really cool blend of magic in the contemporary world, rather than being set in a fictional fantasy world.

Marta @ Of Waves and Pages
Jan @ The Doodlecrafter
Lauren @ Narrative Paradise
…and you! If you want to try this, consider yourself tagged!