I wasn’t tagged by anyone, but I saw Caro @ CJR The Brit do this and thought I’d join in on the fun! Let’s spill some hot (bookish) tea!

1. Link back to the original creator! (Madame Writer)
2. Link back to the person who tagged you!
3. Answer all prompts.
4. Add one more prompt of your own.
5. Tag at least five people.
6. Don’t lie, and have fun!

I have on accident! One time when I was a kid, I got a random book that I thought sounded interesting. I didn’t realize until after I read the whole thing (none of it made sense) and looked it up online that it was the third book in a trilogy. I eventually read the first two books afterward.

Never have I ever… burned a book

No! I haven’t heard of anyone actually burning their books, but I have seen people throw away ARCs at a book convention before. The bookworm in me gasped when I saw ARCs in the trash.

I have, but not by choice. There are a few books that I had to read for class that I knew I wouldn’t enjoy. Often times I would just listen to the audiobook and use Spark Notes or something to make the reading journey a little easier.

Never have I ever… wrote a fanfiction about my favorite books

I haven’t written fanfiction before. I’m not very good at telling stories, so I leave that to the professionals.

Hate is a strong word, but I definitely have a few books where I absolutely adored them as a kid but as the hype died down, I realized they weren’t as great as I originally thought. The first example that comes to mind is the Divergent series. I LOVED that series when I first read it in middle school, but now I think it’s just okay.

Sort of? I’ve dressed up as a general Hogwarts student for a Harry Potter convention in the past, but I’ve never done a specific character before. I learned how to make armor/costumes in a high school costume theater class. If I had the resources and the time to make it, I would love to do a YA fantasy character that wears cool armor.

[Edit: Now that I think of it, I have recently cosplayed as a specific book character: Alina Starkov from the Shadow and Bone trilogy. A bookstore was having a cosplay contest, and I tried my best to look like Alina with the clothes I had in my closet.]

I have! Again, hate is a strong word, but I didn’t like The Kingdom of Back by Marie Lu even though I’ve been a huge fan of hers for a while.

Of course I’ve gone into a bookstore saying I’m only going to look around and ended up buying something.

Never have I ever… read a book without the dust cover

All the time! I take off the dust jackets whenever I’m reading, because I don’t want to accidentally damage them.

Never have I ever… skim-read nearly half the book

Always! If I didn’t skim-read from time to time, it would take me months to finish a single book.

I hate to admit that I have… there were times for class where we were tasked to read a certain book that I couldn’t get through, so I just read the summaries online and bullshitted my way through that lesson. Thank you, Spark Notes for saving my butt!

Never have I ever… had a book boyfriend

I have, like, a million book boyfriends/girlfriends/partners. I don’t even know where to start. One of my more recent additions to my book partners list is Edan from the Spin the Dawn series by Elizabeth Lim. He reminds me a little bit of Howl from Howl’s Moving Castle. 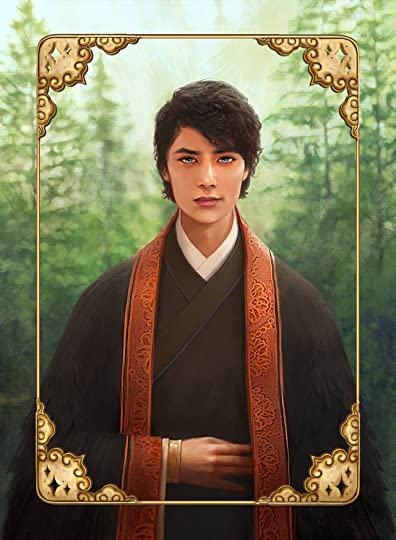 No… I always have to read the blurb to see whether or not I want to read a book.

I guess box sets count… so yes? I have bought box sets when I was much younger, but I don’t do that anymore.

UGH, yes! I’m kind of embarrassed. I remember being super hyped for An Ember in the Ashes when it first came out that I finished it in two days. Eventually, I reread the book because I realized I couldn’t remember what happened.

Never have I ever… recommended a book without reading it first

Man, I’ve committed a lot of bookish sins, haven’t I? Recently, someone DMed me asking for recommendations for books that were similar to the one they just finished. I recommended a few that I’ve read, but I also mentioned some books that I heard were similar that a lot of people enjoyed.

Yes! Fantasy books can be VERY long. Sarah J. Maas, George R.R. Martin, Brandon Sanderson, etc. all write lengthy books. I want to read The Stormlight Archive series by Brandon Sanderson because I hear it’s absolutely fantastic, but each book is over 1000 pages. I love the author (his Mistborn series is one of my top favorites of all time), but I don’t think I can commit to a book that long.

I haven’t pulled a true all-nighter before while reading, but I have stayed up until 4 am because I was deep into a story. I only stopped because my eyes were closing on their own accord.

I know it says to tag 5 people, but I’ve been doing a lot of tags recently and don’t want to spam people. If you want to do try this for yourself, consider yourself tagged!