Happy April, everyone! A week or so ago I went to NTTBF for the third year in a row. The last two years I focused on the panels. This year, I decided to expand my horizons and see what other events were happening outside the panels. Turns out, there’s a lot that goes on.

Also, if you’re expecting a lot of pictures, you’re going to be sorely disappointed. I sort of got swept up from the excitement and forgot to take pictures. Sorry.

I’ll be honest with you. I didn’t want to pay $10 for parking. Ok, all things considered, $10 isn’t that bad for an event like this, but I didn’t want to spend any more than I had to because I had been spending a lot months prior. That being said, I had someone wake up at the crack of dawn (not really, don’t worry) to drive me to Irving so I could wait in line for a wristband for Tomi Adeyemi. I recently started reading Children of Blood and Bone, and let me tell you, that book is A M A Z I N G so far. I also painted her a little something something, and really wanted to give it to her.

Outside was a bit chilly for my taste, but I had a jacket on so it wasn’t that bad. What was bad was that the weather forecast predicted it was going to rain right around the time they were going to hand out wristbands. Because the lines were outside and I forgot my umbrella, I was worried that I was going to be drenched by the time I get inside the building. It started to sprinkle a little and the volunteers handed the wristbands out a couple minutes early to get everyone inside before it started pouring.

^^ What I thought I would look like by the time I got inside the building… thankfully that didn’t happen.

The first event I went to was the Epic Reads book buzz. I tried to get to one of these publishers’ events last year but didn’t make it because the room was already filled up by the time I got there. They filled up pretty quickly. With this knowledge from last year, I decided to camp outside the room an hour and a half early. Turns out, I wasn’t the only one with that idea. There was already a line starting to form, but I managed to slip inside when the room opened.

There were some technical difficulties during the book buzz presentation, but I learned about a lot of new books I didn’t even know existed. One of them that I was super excited for was With the Fire on High by Elizabeth Acevedo. The cover is gorgeous, and the story sounds really interesting. At the end of the event, we got a choice of three different ARCs, and I chose one that they talked about called Let Me Hear a Rhyme by Tiffany D. Jackson. It sounded really intriguing, and I’m excited to read it. 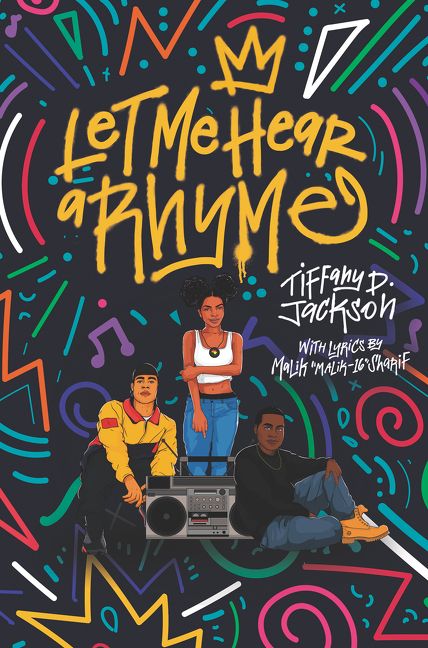 It was at the book buzz event that I met some lovely ladies (hello Fin and Taylor!) who I overheard them talking about some of the ARCs they were able to score. One of them, Fin, had a whole schedule of where to go and when to get some ARCs. They kindly let me tag along their group.

In the chaos of trying to get out of the publisher’s room, I totally forgot about tagging along the new group I just met. I just wandered around a bit and came across a table with a long line. I got in the line and asked around what the people were waiting for. Turned out, the Fierce Reads was giving out ARCs soon, so I decided to stick around to see which ones they were going to give away. I was going into the giveaway blind, so when it was my turn to choose a book, I just grabbed one and left. Luckily, I’m happy with my selection. I grabbed Going Off Script by Jen Wilde, who happens to be the same author of Queens of Geek, a book that I’ve wanted to read but haven’t gotten to. 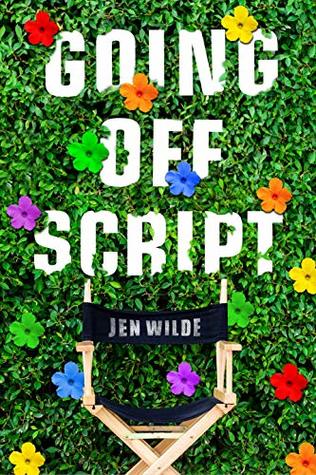 I strolled back to the first floor to wait for my friend that I invited because it was around the time she said she’d arrive, when I met Fin and Taylor again. They were in line for some ARCs by Underlined, and because I had nothing better to do while I was waiting for my friend, I joined them. Once again, I had no idea what they were giving away, so I just grabbed a book called Eve of Man by Giovanna and Tom Fletcher. I looked up the premise when I got home, and it seems right up my alley. Honestly, I will read anything that is sci-fi/fantasy with a little romance.

We loitered around the first floor, waiting for the Epic Reads booth to open up because they were also giving out ARCs. It was then that Fin busted out her handmade bookmarks. Let me tell you, they look like they were drawn digitally and printed out, but in reality she cuts each piece of paper and glues them down accordingly. I was sort of spacing out when she busted out the question of which Hogwarts house I belonged to (I’m a Ravenclaw/Hufflepuff, if anyone was wondering). Then she handed me this beautiful blue bookmark with paper feathers on them.

Look at it! It’s pretty awesome. Please check out her Instagram (@findangoh) and Etsy (Findly Bookmarks), and support your fellow bookish artists!

Anywho, at the booth I happen to snag the With the Fire on High that I talked about earlier. I was beyond stoked. I was so excited that later that day while I was waiting in the line to get into the signing area I started to read it.

Fin also shared this newsletter with me where if you showed the email to the publisher, you’d get to chose one out of six ARCs they were offering. Once again, I didn’t know anything about any of the books, but I picked Hot Dog Girl by Jennifer Dugan because it looked like it was going to be this cute, hilarious story. I haven’t really read a contemporary recently, and I could use a light and funny story.

Afterwards, we just hung around the first floor, just talking. Well, they did most of the talking and I mainly listened because I was too shy to speak. They decided they needed to drop off their books in the car, and I just hung out inside the building. That’s when my friend that I’ve been waiting for since 10:30 (it’s around 12:30 at this time). Turns out, she drove to the wrong place twice before she found the convention center. We tried to catch an event that Epic Reads was hosting, but it was already filled by the time we got there. We ended up going to a panel with Becky Albertalli, Angie Thomas, Julie Murphy, Lamar Giles, and Leila Sales talking about incorporating music into their stories. It was interesting, and at times I was tearing up.

After the panel, it was around 2:00, an hour and a half before the signings start. There was already a pretty long line waiting to get in, and I met up with Fin, Taylor, and their friends once again. We chatted it up before eventually the doors opened up and we lined up at the table of the author we wanted to meet. I didn’t have too many authors I wanted to meet this year because most of them required a wristband and there was a limit of one wristband per person. I first lined up for Nic Stone, who was so sweet. I was just onvercome with emotion that I hugged her. Here’s the thing, I don’t hug people. It makes me feel uncomfortable. The fact that I wanted to hug her goes to show how much I was in the feels. She was super understanding, thankfully.

Next, I met Elizabeth Acevedo, who was also very sweet. She was pretty surprised but super excited that I got my hands on her ARC.

The last person I wanted to meet was Tomi Adeyemi, whose line, despite her popularity, moved relatively quickly all things considering. I was a bit nervous to give her my painting because it’s been a while since I touched watercolors and my rustiness showed in parts of the painting. She was excited about my art, and even asked me doodle a cat for her on a sticky note (long story short: I had a cat doodled on the sticky note with my name on it inside my copy of CBB and she seemed to really like it). After the short exchange we took a picture and I had to blast so others behind me could have their turn.

Later that day, I posted the picture I took with Tomi on my Instagram story and not even two minutes later she tags me in her story with a picture of my painting. Not going to lie, I kind of screamed. It was sort of magical.

During the whole festival, I had been standing the whole time with only a couple brief moments to sit. My legs were sore by the end of the day and the heavy backpack I carried make my shoulders so sore and tense the next morning. It was all worth it, though, because I got to meet so many great people and authors. It was an experience for a lifetime, and I’m excited to see what they have in store for next year (even if I might not be able to attend).

Wow, that was one of the longest posts I’ve written in a hot minute. The event was super fun, but I was all tuckered out by the end of it. I’m so thankful to have met so many fellow book nerds! It’s rare that I ever meet people who love to read, so it was a nice change in pace.

Did you attend NTTBF this year? If so, how was your experience?

What are some events that you are excited for in the future?

If you could meet any author of your choice, who would it be and why?